This is a corner where a reporter talks casually and amicably with Miss June Lovejoy (24), an American who claims to be a sex monster AV actress. A lot of times reporting has to do with asking questions, but today we switch sides and take the time to listen to the goddess of Liberty and Eroticism as she answers our questions without judgement.

Reporter: June, I have something I really want to ask…

June Lovejoy: (hereinafter referred to as Lovejoy) What is it?

Lovejoy: Hmm, well, I’m not a married woman so of course I don’t know what it’s like to be one, but that’s the joy of acting. When I’m on set and that’s my role, I completely take on the role of a married woman!

Reporter: You’re saying that like it’s no big deal, but isn’t that really amazing!?

Lovejoy: Really? When I was in high school and all throughout college I took acting classes and did theatre. I really like acting! I welcome married woman roles and netorare with open arms! (laughs).

Reporter: On the contrary are there roles that you refuse or can’t do?

Lovejoy: Of course with a body like mine the role of a loli-type character is impossible. I also can’t accept that part of AV culture where the character is not a legal adult. Also, morally I can’t do incest roles.

Reporter: Wait a minute? I thought you were in some incest film before…?

Lovejoy: That film I carefully read the script and decided I could do it as I was a young mother-in-law with a son-in-law character over twice my age. If we were blood related and the setting was like a true parent or child, I will absolutely refuse the role.

Reporter: It’s nice to have a strong commitment to your morals like that.

Lovejoy: Yes. I want to continue doing this job for a long and (hard~) time♡ 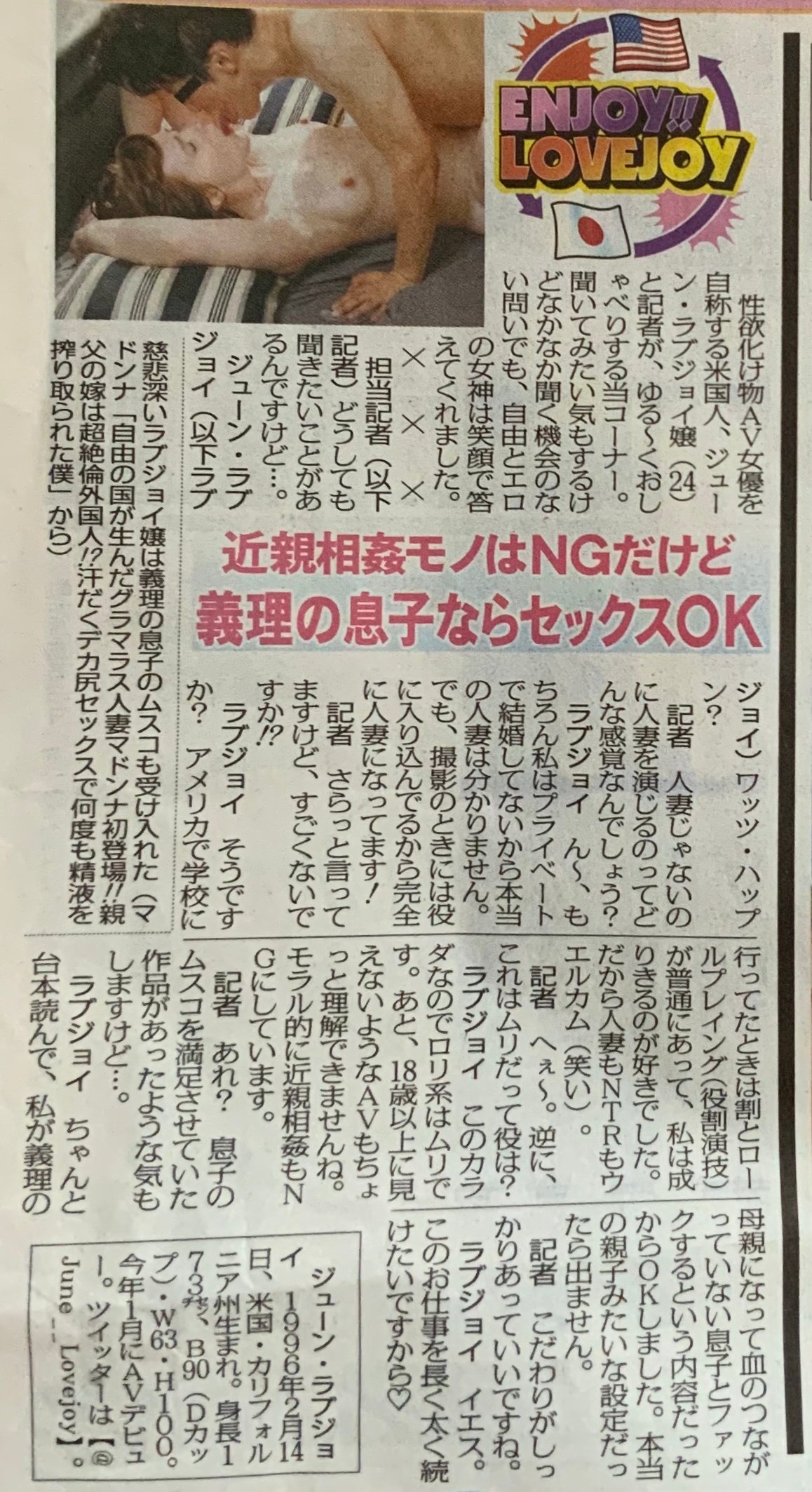