This is a corner where a reporter talks casually and amicably with Miss June Lovejoy (24), an American who claims to be a sex monster AV actress. What game is the lover of all things Japan currently addicted to?

Reporter: I was surprised to see the Nintendo Switch’s game software “Sota Fujii’s Shogi Training” on your Amazon wishlist.

June Lovejoy: (hereinafter referred to as Lovejoy) Really?  Since shogi is a part of Japanese culture, I want to try it someday.  He’s that young genius player, right?

Reporter: Oh! Shogi and chess are rather alike so maybe you’ll get really into Shogi if you try it out.

Lovejoy: When I first came to Japan, I joined a group of board game lovers to learn Japanese quickly.  I wanted to play chess with everyone so I bought my own chess set, but everyone at the group said, “Sorry, I don’t know chess..” Can you play?

Lovejoy: Me too ♡ However, in some board games it’s ok to lie, but in the game of love I can’t forgive those who lie!

Reporter: It comes from a Shogi strategy where you put one of the most powerful Shogi pieces, “Hisha”, in the foreground. It basically means a high strong woman who is always domineering and on her “high horse”.

Lovejoy: I see. Looks like shogi is a really profound game, how fun! ♡ 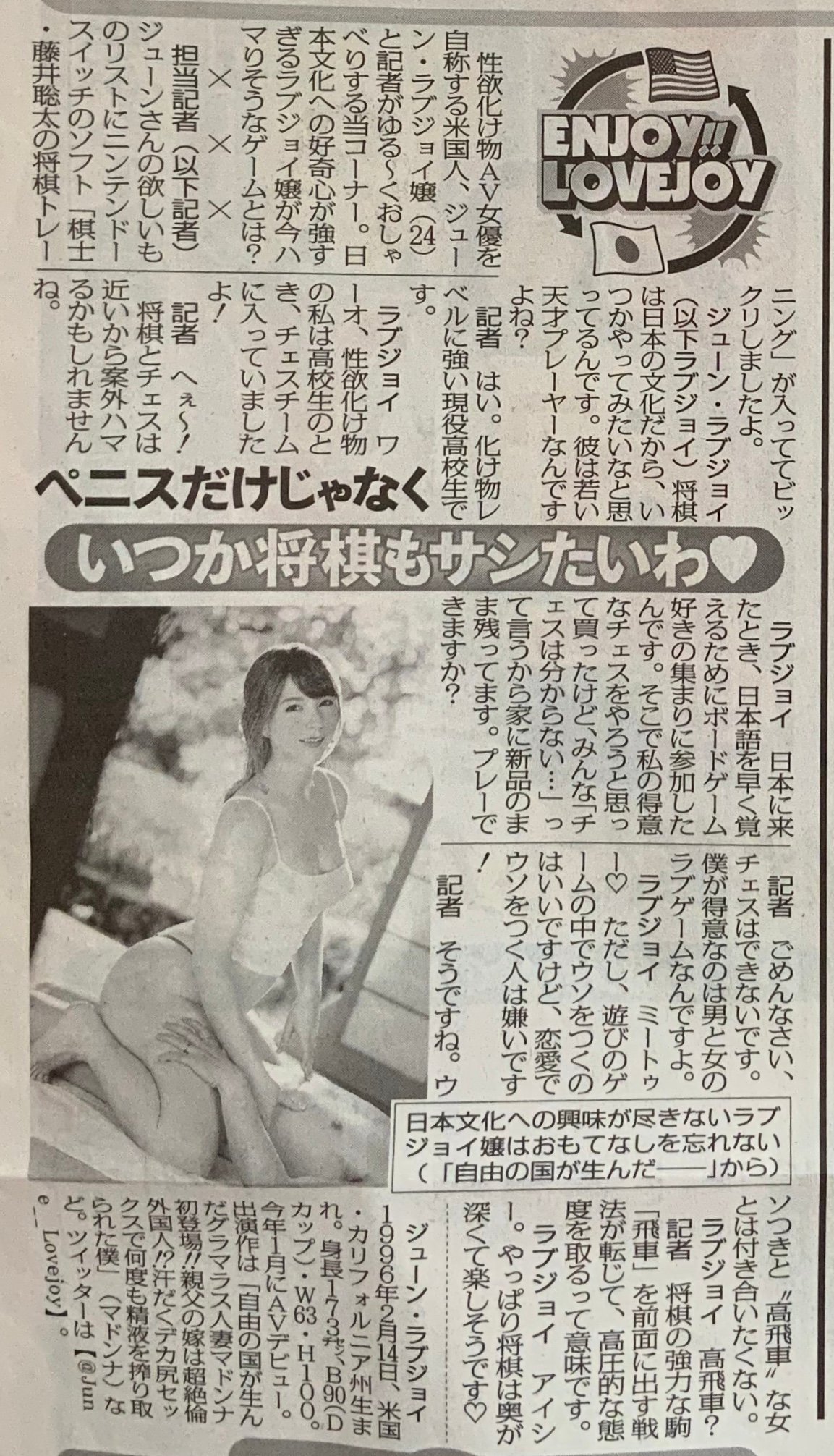