This is a corner where a reporter talks casually and amicably with Miss June Lovejoy (24), an American who claims to be a sex monster AV actress. What are the super-private concerns of a pet owner?

Reporter: By the way, is Masamune-kun doing well?

June Lovejoy: (hereinafter referred to as Lovejoy) Yes!  I am so glad that you remembered his name.  Masamune and Fujiko are doing just fine~

Reporter: It’s really great that you took both of them.  It was really nice to be protected by Mr. June.  Because they live with you they get to see your breast and body all the time!! I wanna stop being a human and become a cat!

Lovejoy: That kind of thinking is unbelievably perverted (laughs). By the way, there are some downsides to pet owning.

Lovejoy: Cats like toys that are shiny and make sounds, right? When I try to concentrate, that’s just when they come to me.

Reporter: What do you end up doing?

Lovejoy: Of course I satiate my sex drive first! While my cats are trying to play with me (laughs)

Reporter: That’s totally fine! I used to assert myself by wanking it in front of my dog.

Lovejoy: Hmm, that might be exceptionally perverted..however, I feel this is a familiar problem for those who keep indoor pets. 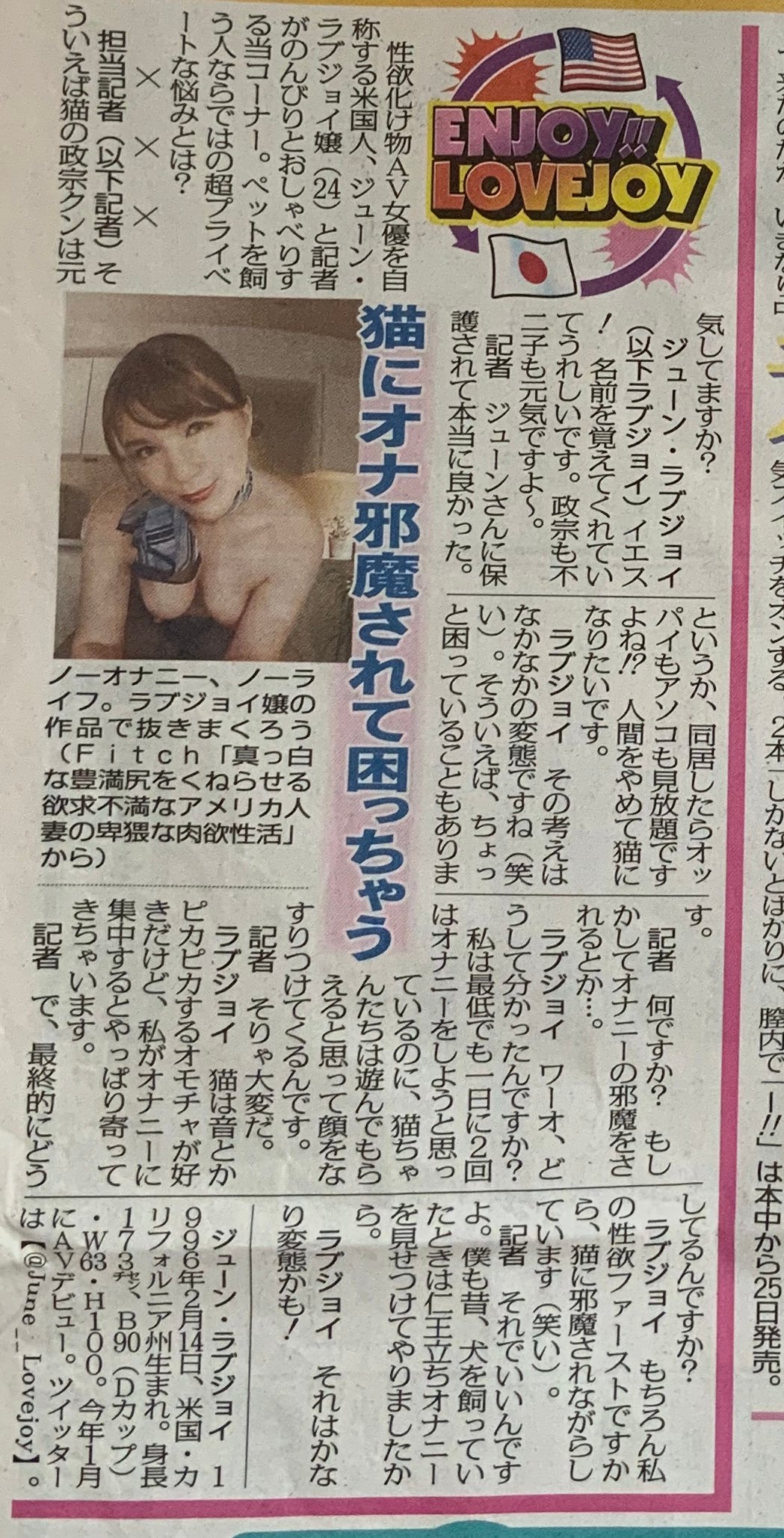