This is a corner where a reporter talks casually and amicably with Miss June Lovejoy (24), an American who claims to be a sex monster AV actress. It turns out that Miss Lovejoy’s dreams are so big they’ll make you they’ll startle you right down to your groin.

Reporter: Awhile ago I came across a super perverted woman on Twitter.

June Lovejoy: (hereinafter referred to as Lovejoy) Wow, I love perverted women! What kind of woman was she? Was she cute?

Lovejoy: Oh my god! That was me (laughs).

Reporter: Even on hot days like what we’ve had lately, if you show that much, it’s not so much as “a little bit” as it is “a lot”.

Lovejoy: It’s fun do those kinds of flashing videos (laughs).

Lovejoy: Yes. Someday I also want to write scripts and become a director or producer.

Reporter: Not only are your hips big, but your dreams are as well (laughs).

Lovejoy: A life not well-lived is a life wasted! Everyone (every part of you) stand up! 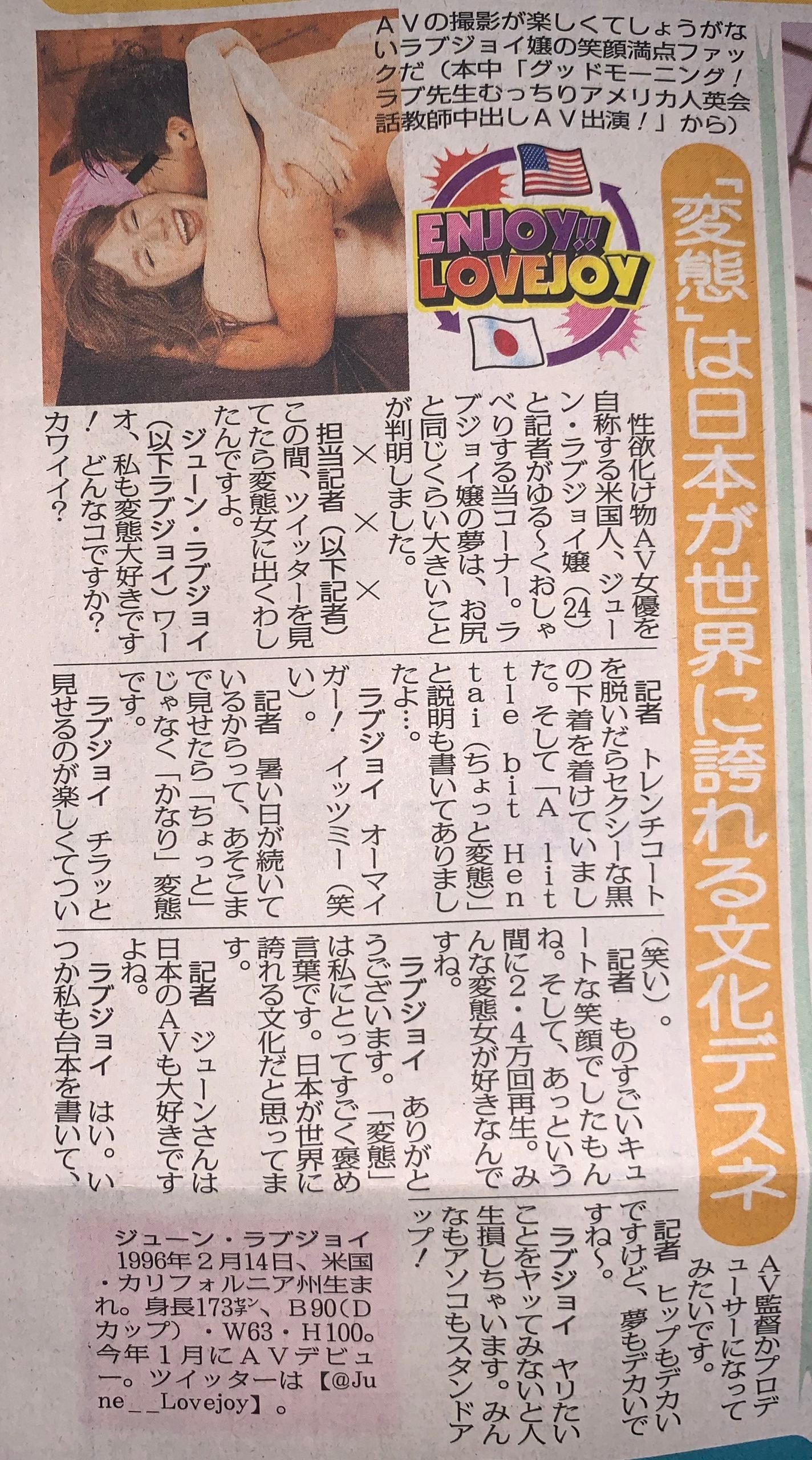