This is a corner where a reporter talks casually and amicably with Miss June Lovejoy (24), an American who claims to be a sex monster AV actress. This time we ask about how she gets “down there” when filming her love scenes.

June Lovejoy: (hereinafter referred to as Lovejoy) Awhile ago on set I got soooo wet♡

Reporter: Has guerrilla heavy rain affected your filming as well? The recent weather is unstable…

Lovejoy: No! I’m talking about my lower half! (laughs)

Reporter: Oh right, so your job. By the way, what kind of shoot was it?

Lovejoy:  Lately I’ve been filming a pink film, not AV. There’s no sex scenes, but I got really excited!

Reporter: Oh, I think I just heard some good new info. Even I just got excited hearing you getting excited from acting.

Lovejoy: Wow! It’s fun to imagine something like that! Certainly getting into a role can get one wet!

Lovejoy: I’m always welcome to collaborations or work outside of AV, such as photography or film! So if you’re interested, please feel free to contact me♡

Reporter: And when will the pink film be released? 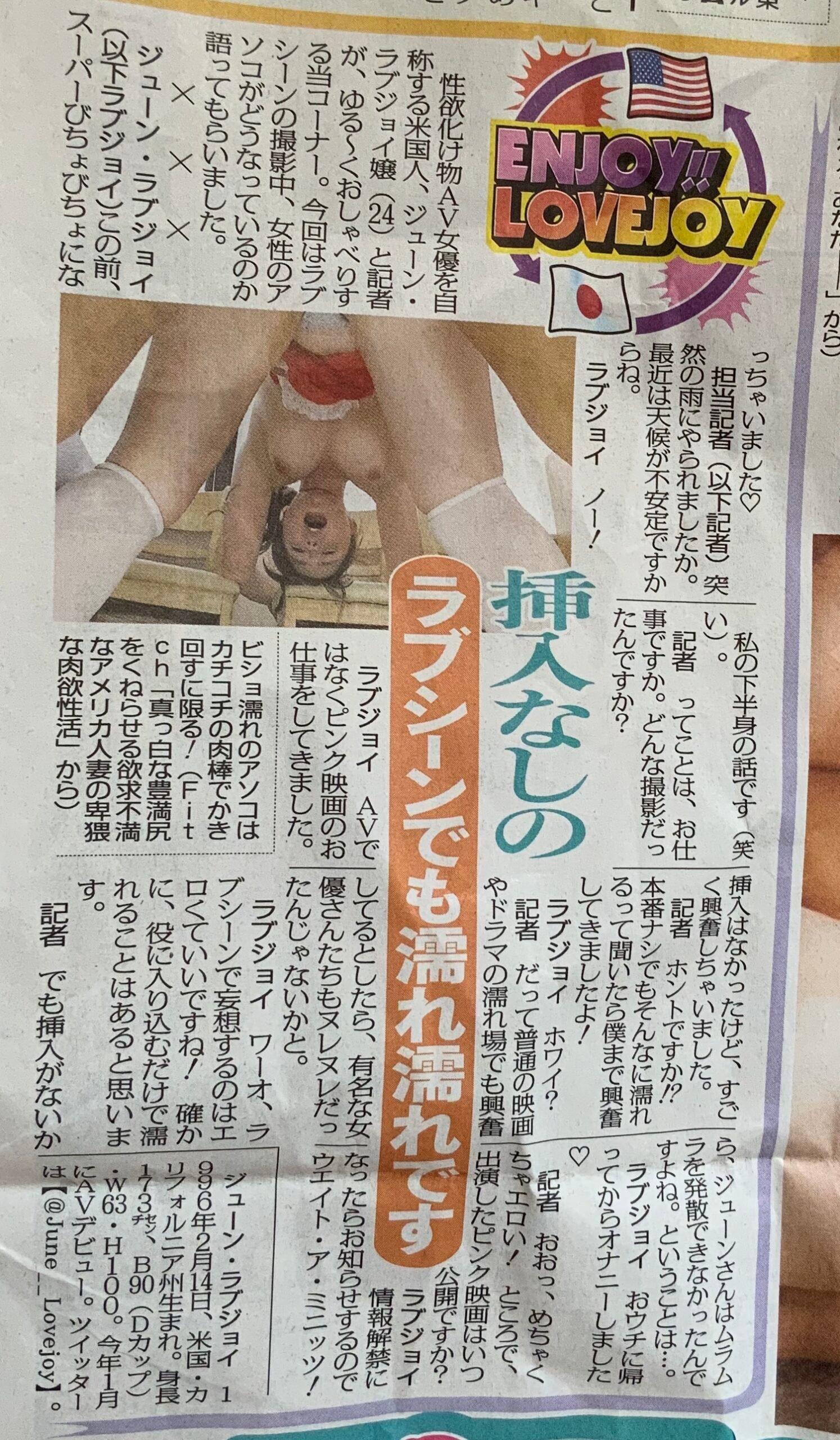