June Lovejoy has been bringing “sexy” with all their might since their 2020 debut.

June’s now taking on their biggest challenge yet, the production of a full-feature film and the start of their very own movie label!

Please support this project to establish a new movie label and the production of our first film!

Thank you so much for visiting our page.

In the course of my career as an adult actress in Japan, I have had the pleasure of interacting with many different Japanese people and experiencing some amazing and unique sides of Japanese culture. To that end, I want to help share more of the interesting and often unknown sides of Japan! For a long time, I’ve considered what would be the best way to share Japanese culture with the world, and some of the intricacies behind it!

It was then that I met Director Yokoyama! Being cast in his film was an incredibly special experience for me. It was exciting, life-changing, and above all, fun. It was here I noticed that via the art of film, I could achieve the goals I was thinking about!

I am sure that I can make a fantastic film for you all to enjoy.

I am working together with Director Yokoyama, the other producers, and staff members to make this dream a reality. Together, we can make something truly amazing!

I would love for you to become a part of that group and to have your support in bringing this film and movie label to life!

There’s many different kinds of rewards to choose from, so please check out the crowdfunding area for more details! 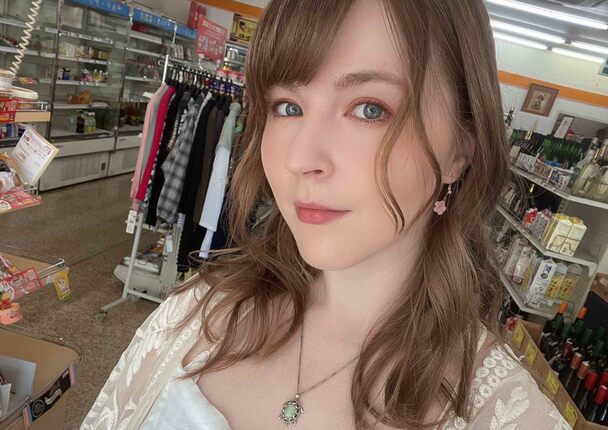 Photo from on set of Good-Bye Bad Magazines

Born in Florida and raised all over the United States of America, it’s the bombshell June Lovejoy coming to your screens!

“June’s interest in Japanese anime and manga led them to study Japanese, hoping to one day move to Japan. This dream came to pass in 2017, fulfilling a long-cherished goal.

They made their debut as an adult actress in January 2020, going freelance in February 2022 to reach new heights. Starting with this project, they will go beyond being an adult actress to bring the wonders of Japan to the world through film!” 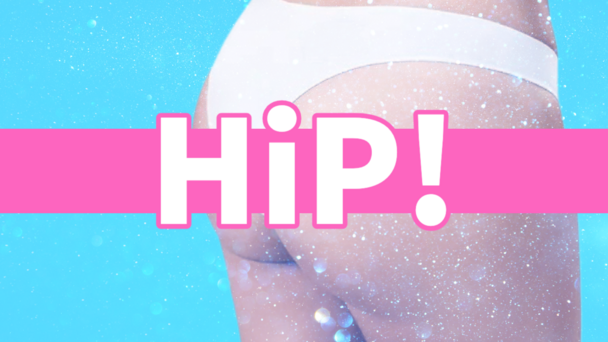 IT sales consultant Saya Wakabayashi has had body image issues since she was a child, especially in regard to the size of her butt. Saya told herself to avoid showing it off as much as possible.

Saya’s life is suddenly changed however when she comes across a “glute training” program on television.

From the TV screen, she hears, “”It’s not time to cry now, it’s time to work those glutes!”” Thanks to the heart-piercing words of Ryoko Kusakabe, the muscle training influencer on screen, Saya finds herself on a journey filled to the brim with glute exercises.

After some hesitation, Saya decides to join the training gym where Ryoko is enrolled and tells trainer Chiaki Sakurai, “I want to become beautiful and love myself!” However, the true Ryoko she sees at the gym is far from the positive image she has as an influencer; she is stoic and quiet, taking one look at Saya’s buttocks as if they were something dirty and offensive before leaving. Saya is puzzled by the gap between Ryoko, who is cheerful in the video and this real-life extreme difference, and calls herself a “positivity monster”.

It has been a month and a half since Saya started going to the gym. Her appearance is gradually changing through hard work and training. Then, Chiaki brings her information about a beauty butt contest called “Physical Beauty Angel”…

This is a story of women who explore not only their bodies but also their spirits and way of life through beauty butt training! 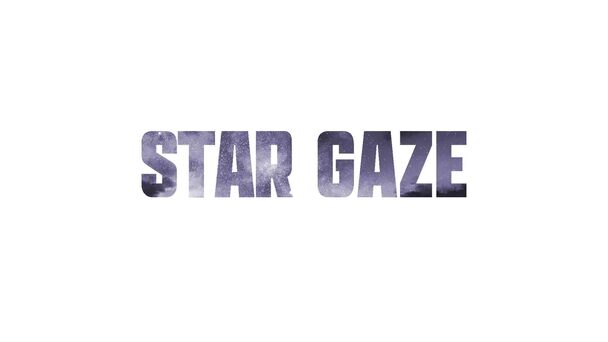 About the STARGAZE Film Label

“In an age where everyone can strike out while being true to themselves and others!”

Hailing from America, June Lovejoy has been working as an actress in Japan for over 3 years. During this time, June has realized the importance of “being honest with themselves”. Through this realization, they want to use the medium of film and other media as a bridge to transmit this message from Japan to the rest of the world.

“STARGAZE” carries the message of gazing at the stars or indulging one’s imagination.

Using STARGAZE, we will bring about an era in which everyone can be honest with themselves through their own “fantasies”, via the mediums of film, drama and more!

The first film to be one you can stargaze into and with is “HIP!” Let’s stargaze together, and trailblaze into a new era! 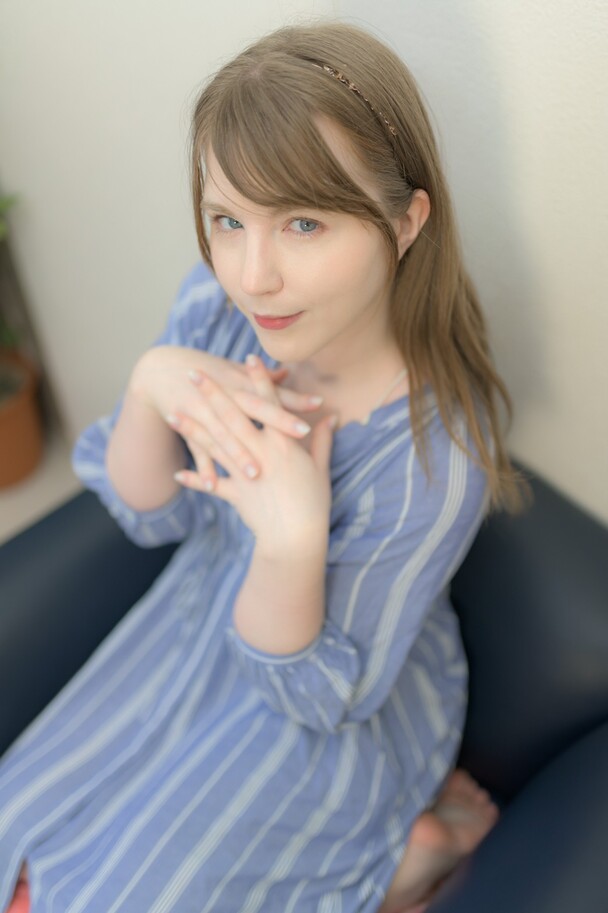 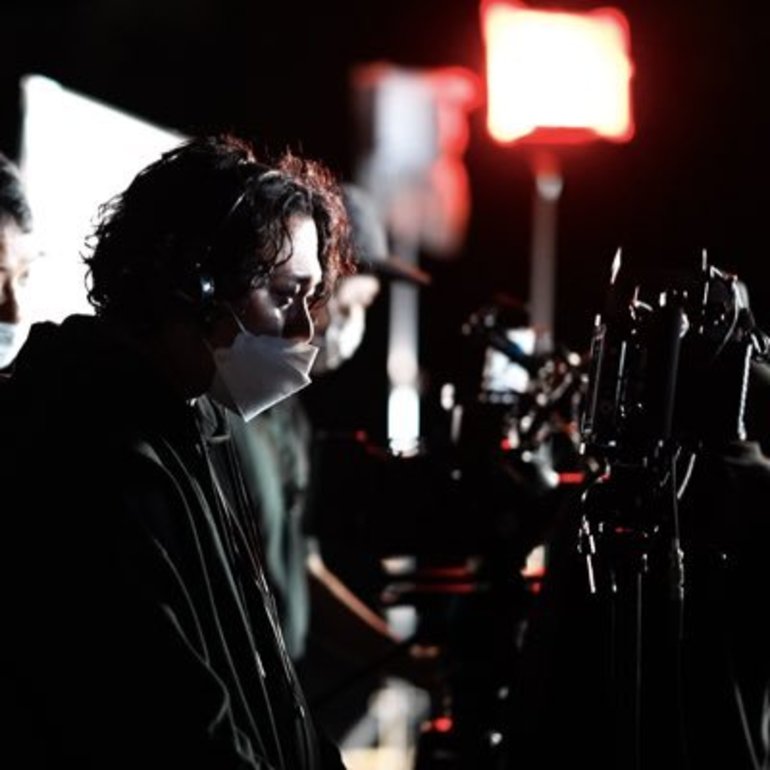 Get to know the director!

Despite being a pink film, Shinbashi Detective Story was screened at Uplink Shibuya, selling screenings to capacity daily and earning a screening extension at Uplink. The following film Macho Caponata, a gay pink film, received favorable reviews and was also screened at Uplink Shibuya. Yokohama also directed Songs of Aufheben, a live-action drama featuring 2.5-dimensional actors such as Sho Hyuganoh and Zenitsu Hashimoto. He has also directed many commercials for Nissin Chicken Ramen, Softbank, and more. His latest film Goodbye, Bad Magazines, which poignantly depicts the distortion of society through a girl working in the editorial department of an adult magazine, was officially screened at the Yubari International Fantastic Film Festival and is scheduled for theatrical release in the fall 2022.

What we want to convey in our film:

The word “HIP” doesn’t just mean “butt”, but also “cool” and “trendy,” and is said to have its origin in the West African word “Wolof,” which means “to see” or “to open one’s eyes” (there are various theories). In “HIP!”, we would like to depict the story of people who are not defined by prejudice, the eyes of those around them, or the values of others, but who seek their own path and open their own eyes in order to reach their ideal.

Goodbye, Bad Magazines (2022) and others 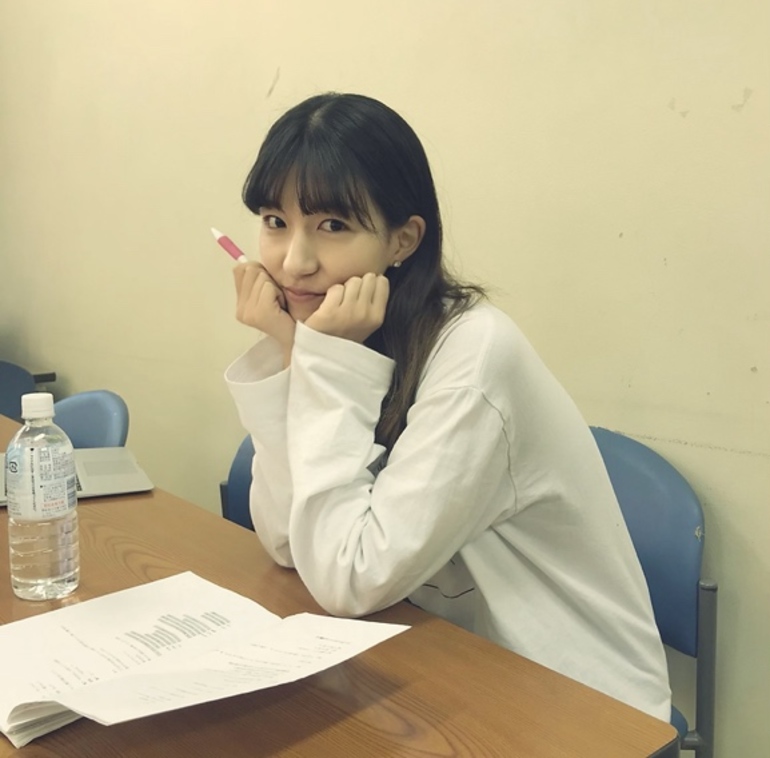 〜A young scriptwriter who comically and poignantly depicts the mental distortions of modern people with a unique sensibility.

After graduating from Waseda University with a Bachelor of Arts degree, Sawako Sukegawa worked for a company for a year before founding the stage planning group The Unknown Star (Shiranai Hoshi). Their shows ‘It wasn’t supposed to be like this!’, ‘Then it’s time to get on with it, ‘To the Inhabitants of the Unknown Star’, ‘I don’t feel like I can get married ……!’ are regularly staged twice a year. In addition to the stage, she writes scripts for radio dramas, the anime Waccha PriMaji! (broadcast on TV Tokyo), and other productions, as well as writing picture books and other works. In 2020, she won the Picture Book Publication Award for Excellence in the Story Division. Sawako has also appeared on various stages as an actress.

I have been thinking about what beautiful buttocks are… ever since the director and producer told me about this film project. Some people aspire to have a small butt, others to have a voluptuous one. Some people are full of body image issues, while others have never cared about their butts. Regardless of the buttocks, every ideal is unique to each person. We aim to create works that encourage those who cannot love themselves easily because of other people’s values and expectations.

To the Inhabitants of an Unknown Star (2019)

Our goal is to raise a total of 25 million yen.

We have set a goal of 8 million yen through crowdfunding and hope to receive your support to make something special!

June Lovejoy and Shoichi Yokoyama, the director of this film, will send you a thank you message by e-mail.

URL for limited-time release of the full-length film

We will send you the URL of the limited-time public release of the full-length movie.

We will invite you to an exclusive chat group that regularly distributes production diaries and secret production stories.

Supporters who select this tier will be listed in the end credits!

If you do not write your name with the form provided later, we will use the handle you use on MotionGallery.

We will send you a cheki that we have taken for this campaign, signed by June Lovejoy.

Staff T-shirt for the film “HIP!”

We will send you a staff T-shirt exclusively designed for this film.

You can choose from two designs (A: Lovejoy design, B: HIP! design)!

Lovejoy’s staff T-shirt for the “HIP!” movie and a video of Lovejoy changing clothes

We will send you the staff T-shirt that Lovejoy actually wore with the video of them changing clothes.

We will send you the URL of the changeover video, which will be available only for a limited time.

We will send you the script of the movie “HIP! (tentative)” signed by June Lovejoy.

Invitation to a premium preview screening

You will be invited to a premium preview of the movie “HIP!”

The date, time, and location will be announced to supporters as soon as they are determined.

Transportation to the location on the day of the event is not included.

You can give flowers to June Lovejoy at the wrap-up event! The date, time, and location will be announced as soon as they are determined. Transportation to the event is not included.

Only those who can make the online video call between February 1 and 28, 2023 can take this option.

The staff will contact you to arrange a detailed date and time.

Staff will be present to watch the video call for administrative purposes.

A date with Lovejoy to an amusement park of your choice in Japan!

The date and time will be arranged by contacting our staff members.

A few staff members are scheduled to also accompany you.

The ticket price is included.

The cost of transportation to and from the site on the day of the event, as well as food and beverages at the site, are not included.

This project will be conducted on an all-in basis (i.e., regardless of success or failure).

Both investment and crowdfunding always carry the risk of not reaching the target amount, but we have expressed our determination to “make it happen” in the form of an “all in” format.

We are planning the following activities once we have produced the film with your support.

Premiere screening with a live panel by the cast

Distribution of the film to distribution services, including overseas services.

Production of a second and third film and much more!

There are still only a few examples of Japanese films being recognized overseas.

Our challenge is to continue to produce such films in the future, just as June Lovejoy, who represents this project and the film label, is working “between Japan and the U.S.”.

Thank you very much for reading this far.

Since coming to Japan in 2018 and beginning my career in the Japanese adult entertainment world, I have been exposed to many amazing Japanese people and their culture. I want to share more about this amazing country with the entire world. I truly feel this can best be done with film. Through film, I can convey the amazing qualities of Japan I have grown to love to foreign countries.

It was while I was nurturing these thoughts that I was approached with the idea for this project. I will make an amazing movie with Yokoyama!

Please lend me your help! 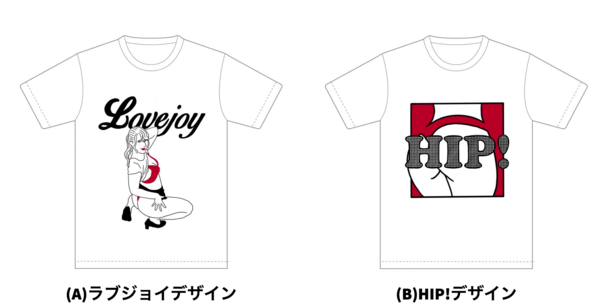 The Official Japanese Crowdfunding Page Can Be Found Here